THE MOST IMPORTANT FEATURES:

Madden NFL 22’s dynamic match day affects gameplay in all modes. Next-gen AI based on star stats and matchday atmosphere together provide the most intelligent gameplay ever, based entirely on real data and built to match player and team habits. The situation in Madden will evolve throughout the season based on player performance and statistics from real NFL matches.

A NEW GENERATION BASED ON STAR STATISTICS

Next-gen AI based on star statistics provides the most intelligent gameplay ever, completely driven by real data and designed to map the habits of players and teams. The situation in Madden will evolve throughout the season based on player performance and statistics from real NFL matches.

Play in authentic stadiums and enjoy the realistic course of each match. Home-field advantage modifiers at each NFL stadium, as well as new pitch responses and player personalities, add drama and dynamics to key moments in a match.

Once activated, home advantage modifiers at any NFL stadium can turn the tide in your favor … or disadvantageous. When you play away in Kansas City and the deafening cheering of local fans make it harder to communicate, you’ll wish you weren’t in Kansas anymore.

Earn in-game bonuses with solid play on the pitch. These bonuses change the Dynamics Index and can affect the outcome of important moves. So use your advantage when your team is running up. In addition, new court reactions and players’ personalities increase the drama and also influence the behavior of players in key moments of the match.

Win the Super Bowl and build the NFL Dynasty as a player, coach or club owner.

A huge feature set in the redesigned Franchise Mode puts you in control of literally everything. You can hire and manage your Coaching Staff, and then distribute Staff Points to grow your Specialized Trainer Talent Trees. Decide on the course of training, counter the opponent’s strengths and integrate strategies with action plans, so that on the match day you will be ready for anything.

FACE OF THE FRANCHISE

The new system of classes and player build will allow you to change the grades, skills, attributes and body type. Gain reputation through gameplay and advance to the next level in each class until you reach the maximum in every possible way. Become the first pick in a draft and set the tone for your career.

Enjoy fun, social gaming with the big stars of the NFL in various locations around the world with a stunning presentation, characters and teams.

Get ready for a new season of fresh and exciting Ultimate Team content and team building as you compete against other players. Earn MUT Cards in Ultimate Team Challenges and make strategic decisions to deepen your squad. Build a squad with the current NFL stars, legends from the Hall of Fame, and more.

Compete in online and offline duels with other players or alone against the AI. You can freely change the match settings, including the length of the quarters, rules, stadium and uniforms. 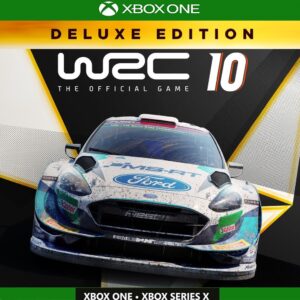