The creators are preparing the title on an advanced engine that guarantees a very reliable experience from traveling the routes. Every sharper corner will be a real challenge and the game itself looks very nice.

The career mode, praised by players, has also been expanded. If you like to engage in solo rides and win more championships, WRC 10 Deluxe Edition Xbox Account will not let you get bored. Added to this is the ability to personalize the appearance of vehicles and lead your own teams. Naturally, the game also has a lot of fresh content. 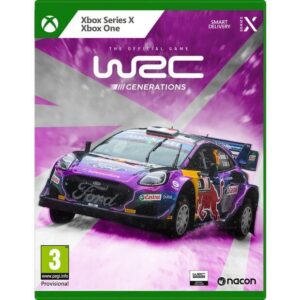